It has become apparent the overall cryptocurrency volume is increasing again. After several tough weeks, the money is coming back to cryptocurrency as of right now. All major exchanges have seen an increase of fiat currency in the past 10 days. Although this is just a snapshot of the overall trend, it is positive news for the industry regardless. 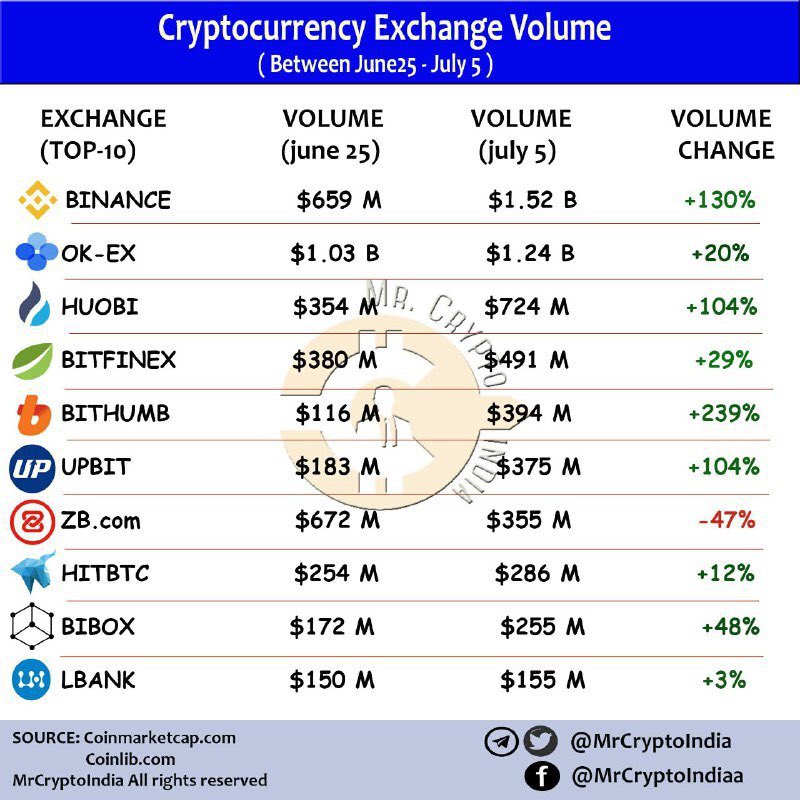 Binance has seen its volume more than double. This platform has never seen any major liquidity issues. In late June, the platform generated $659 million worth of volume on a single day. Ten days later, that volume increased to over $1.50 billion. A massive increase which comes at the most opportune time.

Other exchanges have fared equally well. Huobi, Bitfinex, and Upbit have all seen significant volume increases. In South Korea, Bithumb continues to dominate the markets. This is despite the exchange getting hacked less than 2 weeks ago. Such an incident doesn’t shake speculators’ confidence in cryptocurrency all that much these days.

Not the Most Viable Metric

Despite the overall cryptocurrency trading volume rising, it only tellsa small part of the story. There have been numerous allegations regarding market manipulation. Those allegations include fake trading volume and heavy use of trading bots. As such, these increases in overall volume always need to be put into their proper perspective.

The cryptocurrency trading volume is not the most viable metric. Cryptocurrencies thrive due to technical developments and widespread adoption. Nothing has changed in this regard, hence the volume increase has a different origin. Which factor is driving this sudden increase remains largely unclear.

Not all exchanges have seen an increase in trading volume either. ZB.com is the only exchange on this list losing nearly half of its regular volume. That is surprising as no specific trading markets have been removed. Nor has the company been affected by any hack, theft, or any other incident.

What Are ERC20 tokens and Why Are That Popular?

Bitcoin.com to launch its own P2P exchange