Tom Lee Sticks To His Prediction: Bitcoin at 25K this Year

For Tom Lee, Fundstrat’s CEO and financial strategist, the bitcoin will close the year 2018 at a price of nearly 25k despite its recent performance.

The Bitcoin during 2018 has had one of the strongest falls in its history, going from 20k to over 6k during first 2 months of 2018.

However, this behavior is totally normal according to Tom Lee, who considers it as “typical crypto volatility.”

For Tom Lee, the most important is to keep a certain amount of Bitcoins in our portfolio for a whole year so as not to lose a growing streak that lasts for an average of 10 days (not in a row for) a whole year:

Historically, 10 days comprise all the performance in any single year of Bitcoin’s price. If you just took out those 10 days, Bitcoin’s down 25 percent a year. So as miserable as it feels holding Bitcoin at $8,000, the move from $8,000 to $25,000 will happen in a handful of days.

Tom Lee is known for focusing his studies and technical analysis on bitcoin behavior. This year he presented an indicator specifically designed for this crypto: The Bitcoin Misery Index.

Previously, one of Lee’s predictions failed: His optimistic view of a bullish rally on crypto prices after the NY Consensus 2018 was not met, but still could see later on.  A later explanation for CNBC noted that a daunting regulatory landscape would have prevented a wave of massive investment needed to boost prices.

Also, the volatility of the cryptocurrencies could be due to a kind of competition in which the potential applications promoted by the bullish face the fears of the regulatory barriers promoted by the bearish.

In an interview for CNBC, Tom Lee based his optimism on 3 fundamental pillars: 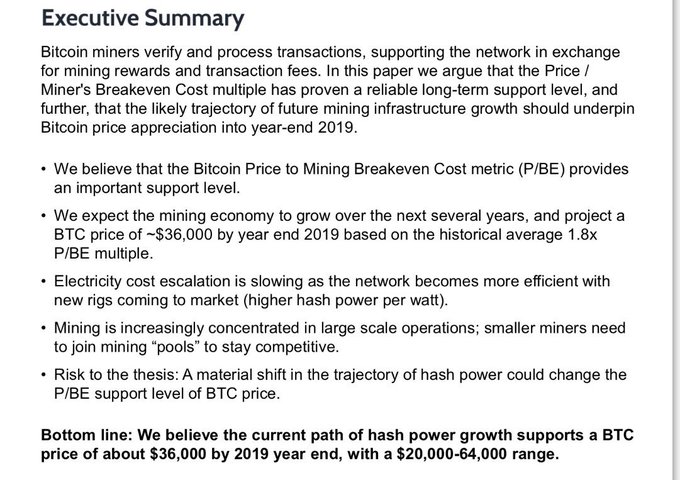