Under the new collaboration, Pundi X will sell over 30,000 of its physical X PASS cards pre-charged with digital currency Ultra Coin, the festival’s own virtual token (not to be confused with UltraCoin (UTC)). Guests of the Taipei music event will thus be able to pay for food, drinks and merchandise with Ultra Coin via preinstalled X POS devices in 35 shops within the festival. 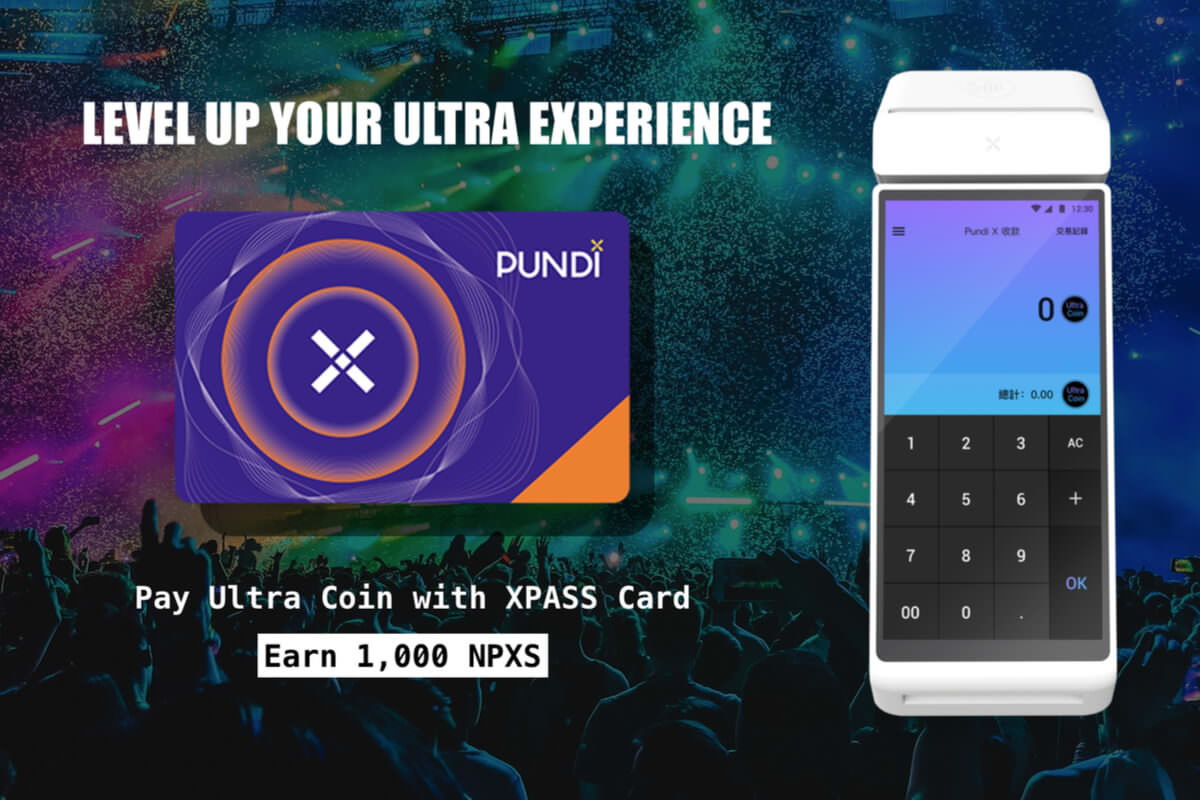 In a comment on the use of cryptocurrencies and blockchain at such an event, Pundi X CEO and co-founder Zac Cheah said:

“While we have witnessed the rise of using blockchain technology for transactions in recent years, debate continues about their use for real-world payments. In a little more than two weeks, these doubts can be laid to rest […].”

Ultra Taiwan will be held at Taipei’s Dajia Riverside Park on September 8-9, featuring Alan Walker, DJ Snake and Pan-Pot among others.

Since Pundi X raised over $35 million in a crowdfunding event that closed in January, it has managed to gain a presence in different parts of the world. According to a deal with the Colombian investment fund Manticora Capital signed on Sunday, the blockchain firm will deliver 1,000 POS machines to shops in the country. Seeking to enter the South American market, Pundi X decided last week to set up an office in Brazil and has already shipped the first load of terminals.

Other partnerships have enabled Pundi X to expand into the Middle East, the Philippines, Hong Kong, etc. If everything goes according to plan, the Indonesian firm said it would roll out more than 100,000 POS units to global retailers.