Carney told students at London's Regent's University that bitcoin fails two key tests: it is neither a medium of exchange nor a store of value

Bitcoin has so far “failed” in its ambition to be a legitimate currency, Bank of England Governor Mark Carney said on Monday .200

Speaking at a private event at London’s Regent’s University, Carney told students that bitcoin fails to meet two key requirements of a currency: it is neither a medium of exchange, nor a store of value.

“It has pretty much failed thus far on… the traditional aspects of money. It is not a store of value because it is all over the map. Nobody uses it as a medium of exchange,” he said during a Q&A session.

A medium of exchange can be widely used to purchase goods and services from sellers. While bitcoin can be used to buy things — particularly in unregulated parts of the world — its high price volatility means that few retailers accept it. 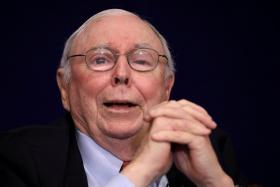 Payment provider Stripe dropped support for bitcoin at the start of this year, saying there are “fewer and fewer use cases for which accepting or paying with Bitcoin makes sense.” Video game marketplace Steam also dropped bitcoin support in December, blaming “high fees and volatility in the value of bitcoin.”

Another key feature of a currency is that it acts as a store of value: you can invest your money and be reasonably sure that its value will not fluctuate massively. Bitcoin, which has seen its price appreciate around 30% in the last week alone, does not offer that protection.

UBS Wealth Management’s outspoken chief economist Paul Donovan said in November that bitcoin will never become a true currency because of a series of “fatal” flaws.

“A currency has to be a widely used medium of exchange,” Donovan said. “Cryptocurrencies are never going to achieve that. Period.”

Central banks around the world are scrutinizing cryptocurrencies, which have transformed in a short period of time from a little known, niche asset, into a $500 billion market.

Many around the world aggressively trying to regulate the space, and deter people from putting money in what to many from the traditional finance sector is a highly speculative and incredibly risky investment. Earlier this week, it emerged that Poland’s central bank has paid YouTube stars to talk down cryptocurrencies and discourage people from buying.

However, some are considering launching their own centralised digital currencies. The Bank of England, for instance, has a task force looking at how the bank may be able to use cryptocurrencies and related tech in the future.