There are many whales in crypto market even in Bitcoi, as 1600 Bitcoin [BTC] wallets hold around 28% of the total Bitcoins in existence. Wallet data from BitInfoCharts evidences that only 0.000075% of wallet addresses hold around 40% of all coins.

These wallets held at least 1000 Bitcoins each, with a total of 5 million Bitcoins between them. The top 3 addresses hold a collective total of a whopping 448 218 Bitcoin, which translates to around $3.3 billion. A recent report showed results of 1 600 investors known as “Bitcoin whales” holding $37.478 billion BTC that comes up to around 30% of the entire amount of BTC every available.

According to a report from Financial Times, Chainanalysis data indicate that BTC wallets holding at least 1000 Bitcoins each was a total of 1 600. These unidentified whales supposedly control 30% of the BTC market.

“This concentration of wealth means that bitcoin is at risk of volatility, as the moves of a small number of people will have a large effect (on the price).”

Bitcoin [BTC], the original currency and the ruler of the market has lost a lot of value from standing on the peak almost at $20,000 last year to struggling at a value of around $9,000 this year. It at press time was trading at $7,248 with a market cap of $127 billion.

Also, the data from the Chainalysis showed how the early investors were profited from the market before the speculators rushed to the market last year end. From the November statistics of last year, the total amount of BTC held by long-term investors was 3 times greater than that of the short-term investors who were also frequent traders. 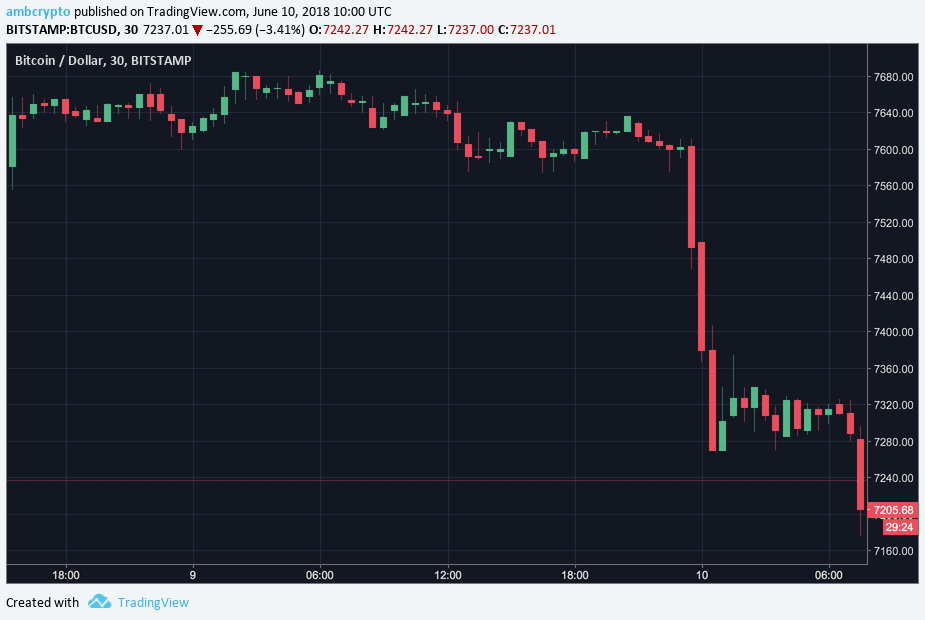 According to a lot of analysts, the market is “not regulated yet” and there are warnings that big players are able to engage in market manipulation. Additionally, over-the-counter [OTC] existing in the market is a huge support to them.

Involve Is About To Change the Mobile Apps Industry for Good